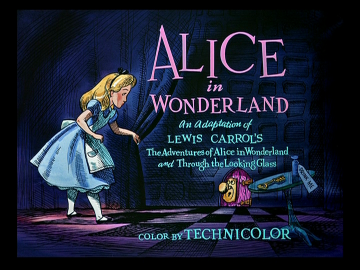 Stories are usually about interesting characters. But there are times where it’s better to have a more mundane protagonist. Alice in Wonderland is one such story.

The titular Alice is the mundane in Alice in Wonderland. Characters often begin from simple origins and start as ordinary people.  That’s part of the hero’s journey.  Alice however doesn’t really change throughout the story; instead she acts as an anchor to reality in the strange world of Wonderland. She provides a baseline against which the strangeness of the world can be measured.   Wonderland’s ability to repeatedly confound her attempts at logic and reason highlight the strangeness of the world.

Ultimately the reason for the bizarre world and Alice’s own subdued reactions to it become clear with the revelation it was all just a dream. Stories that end with “It was all just a dream” are tricky, because they can leave an audience feeling cheated. The adventure they had just joined in on was suddenly rendered moot, and without meaning. And that can leave a bad taste in an audience’s mouth.   Alice in Wonderland however, is the perfect story for that ending. It’s so strange and so bizarre that a dream makes perfect sense. Additionally, very little actually ends up happening plot-wise in Wonderland. There are no epic morality plays between good and evil. No great lessons to be learned. There is just a peculiar journey of an ordinary young girl.